California is the most populous state in the United States and the third largest in land area. It features three of the top ten largest U.S. cities and is home to several leading international businesses. It is also our country's top agricultural state. On the other hand, California is also one of the top states for violent crimes. With so many people coming and going and so much business taking place in the state each day, it's important that business owners in the "Golden State" make safety and security a top priority. Whether you're monitoring your own employees or looking to prevent or deter theft and vandalism, a good quality surveillance camera system can be save you thousands of dollars and keep your operations running smoothly. DVR and CCTV cameras can be helpful whether you're running a hotel or a bank, a bar or a construction site.

If you're starting a new business or looking to update or replace an old or outdated camera system, Camera Security Now can help. We offer the best service, the best prices and a full line of quality products along with professional local installation. Whether you're located in the northern mountains of California, in Southern California, near the border, or anywhere in the United States, we can provide you with all of your security camera needs.

Visit our website at www.CameraSecurityNow.com to get a fast quote on California security cameras or call 877-422-1907 today.

With the unsteady economy, more and more families are seeing both parents going to work and many daycare centers are seeing an increase in enrollment numbers. When most parents make the decision to put their child in daycare, one of their top priorities is to find a center who is dedicated to keeping their children safe and secure. One of the easiest and most important ways to show parents you are on top of that is by implementing a quality security camera system. Not only will it help attract new customers, but it can be put to use in many other ways that are beneficial to your center:

- Monitoring Your Staff: Staff turnover in daycare centers is often high and finding the best candidate for the job can be a job within itself. Even once you've chosen your new teachers and assistants, things don't always go as planned. While it's certainly important to trust your staff, keeping an eye on their day-to-day actions is a must. It's important that you are on top of what's going on in your classrooms for the safety of the children in your care and to protect the reputation of your center. At the same time, an employee of a center with a superior camera security system is more likely to be aware that they are being watched and give 110%.

- Protecting Children and Staff: Anyone who has ever worked with children knows to expect the unexpected. When you have dozens and maybe even hundreds of children in your care, you can't watch every door to your building at every moment of the day. A security camera can, though, alerting to you to potential threats and unwelcome visitors.

- Preventing Lawsuits: As much as you work to prevent it, there is always the chance that something can go wrong. Whether it's an accident, suspected child abuse or anything else that may cause a parent to seek legal action, security cameras can provide the key evidence to make your case.

These are just a few of the many ways that security cameras can help make your daycare center safe and secure. For more information or to receive a fast quote on Daycare Center Security Cameras, visit our website at www.CameraSecurityNow.com or call 1-877-422-1907 today! 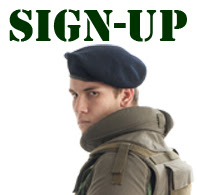 Alabama installations are done by Alabama Tech Army Member Security Camera installers like Ray Humphreys and his group at SCC and Electronics. Quote from Ray Humphreys, "

Quote From Ray Humphrey, "...we travel all over the state [Alabama] and some surrounding states. We are fully equiped to do the jobs for Camera Security Now in Alabama."

Posted by Unknown at 3:47 PM No comments:

When people think of Arkansas business, they generally think of agriculture and industry. While these make up a large part of Arkansas' economy, the state is also home to several businesses including some of the most known in the world: Wal-Mart, J.B. Hunt, and Tyson Foods. In recent years, several automobile manufacturers have opened factories in the state and with its natural beauty, tourism has also been a big part of the Arkansas economy. With such a wide variety of business opportunities combined with the state government's many business and commercial services design to attract entrepreneurs, it's no wonder that Arkansas is ranked in the top ten states for both business cost and growth prospects by Forbes.

Whether starting a new company or updating and growing an established one, safety and security should be high on any business owner or manager's "to do" list. At CamereaSecurityNow.com, we understand the proper security cameras or surveillance system can keep your company and employees safe and keep your operations running smoothly. This is why we offer quality service, competitive pricing and a full line of the best in CCTV/DVR and other security camera products, along with a professional technician to install your security system no matter where you're located in Arkansas.

If you are in Arkansas or anywhere in the United States, one call or click can provide you with what you need to keep your company safe. Just call 877-422-1907 or visit our website to get a fast quote on Arkansas Security Cameras.

It's no secret that convenience stores are often subject to robbery, shoplifting and other violent crimes. As a matter of fact, according to Crime Magazine, convenience store workers are second only to police officers in being victims of homicide and it has been one of the most dangerous jobs in the United States for many years. In some cities, such as Dallas, Texas, law enforcement agencies have been forced to create special task forces and store owners have been forced to closed their doors for this reason.

There are any number of reasons for high crimes at convenience stores including the small number of staff on duty at any given time, late-night hours when there are most likely to be less witnesses, smaller stores make for easier navigation, and the fact that most purchases are made with cash. From federal agencies such as the Occupational Safety and Health Administration to private groups such as National Association of Convenience Stores, many studies have taken place on what can be done to prevent or lessen the number of crimes committed at convenience stores. One finding that each study seems to have in common is implementing better security measures including an increase and update to store Security Cameras.

If you watch your local news stations, chances are you've seen some sort of surveillance camera footage from a local convenience store or gas station. In most cases, the camera has caught the suspect on video and law enforcement is asking for the public's help in identifying the person who committed the crime. A security camera system that is able to capture quality images can lead to the capture of the most violent criminals and make other would-be criminals think twice about committing a crime at the same location. Video and images from cameras are also often used in court to prosecute those who committed the crime.

Most convenience stores are also gas stations and it's hard for a single clerk to monitor both the store and the gas pumps at all time. With the rising prices of gas in the United States, many people are turning to theft to keep their tanks full. Gas station owners all over the country will tell you they've seen an increase in the number of customers who drive off without paying for that full tank of gas and many times, unless you are lucky enough that an employee or another customer witnessed the incident, these crimes will go unpunished. A carefully placed security camera can help clerks, owners, and law enforcement officials get a description of the customer, their car, and the car's tag number, making it easier to track down the thief.

Another great reason to have security cameras installed in your store is to monitor your own employees. In smaller stores and at night, most stores are attended by one single person. Chances are, that person is trustworthy and doing the job they were hired to do but every once in a while, someone with poor judgment comes along and takes advantage of the situation. Studies show that employees who are aware they are being monitored are less likely to steal cash or items from their place of employment, particularly convenience stores.

If you are a convenience store owner, not having security cameras or having out-of-date cameras is a risk you can't afford to take. CameraSecurityNow.com can help you choose and install the right cameras for your convenience store. For more information or to get a Convenience Store Security Quote, visit our website at or call 877-422-1907.
Posted by Sarah at 4:31 AM No comments:

By the end of 2009, CCTV Security Cameras will be all over one New York City subway train. The surveillance cameras will be placed in every corner of each car, so that no space is left unmonitored. The Metropolitan Transportation Authority (MTA) has not said which train or line will have the cameras, but the agency says the experimental surveillance program will help aid emergency officials in the case of an emergency and the presence of cameras should make criminals think twice about committing a crime. In a post 9/11 world, authorities say the cameras are also an important part of the war against terror. It is thought that the installation of the cameras will also help with legal problems by helping authorities piece together a timeline and facts that lead to incidents and accidents. MTA has paid millions of dollars in damages due to lawsuits from injured passengers in the past.

Because of financial reasons and despite pleas from advocates, the cameras will not be monitored in real time but the filmed footage will be stored in a central database. About 2,500 cameras are currently installed throughout the subway system, but not on the actual trains. Many of them are passenger identification cameras which are located at turnstiles in over 100 stations.