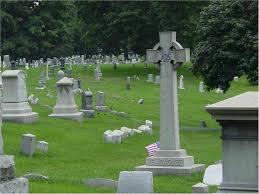 Last week a man was caught in a Mississippi church cemetery trying to photograph spirit orbs, as he described it. While going into a cemetery in the middle of the night is definitely creepy, nothing really seems out of place about this story, yet. When the man was arrested by police officers, they found him snapping pictures completely naked.

Robert Hurst, the bare-it-all ghost hunter, told The Picayune Item newspaper that the reason for going au naturale in the final resting place of the dead was because he believes that skin is the best canvas to show off the orbs of energy generated by spirits.

According to Hurst, he only intended to remove his shirt. However, when the moonlight hit him just right and the spirit orbs started to swoon over him, he thought it would be fine to just strip down to his birthday suit, a move he now reveals as being "stupid".

But just how was he caught? Was a late night grounds keeper patrolling that area at the time? Was a ghost "offended" at the sight of the 47-year-old naked body? Did an innocent bystander look out his window at the wrong time? Well, the answer is a simple security camera.

Authorities had set up motion-activated security cameras in the cemetery in order to catch vandals. Hurst is not being accused of vandalism, according to Pearl River County Deputy Chief Shane Tucker. The camera simply caught an unexpected picture of the "real" Robert Hurst.

Hurst currently faces a misdemeanor charge of indecent exposure and posted a $500 bond after turning himself in last Friday. Hurst reported to The Picayune Item that he has had his fill of orb pictures and cemeteries, enough to lay his hobby to rest.

According to Hurst, "No, I don't think I'll be going into a cemetery, even clothed."
Looking to acquire an HP Laptop Rental? If so, then try Rentacomputer.com or call 800-736-8772 to schedule a rental today.
Posted by zack duncan at 10:20 AM 2 comments: 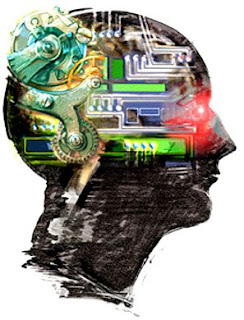 In March of this year, DARPA announced plans to undergo research into the idea of a “smart camera”, where upon endowing a system with such a smart camera, the system would have a greater understanding of its surrounding world, thereby making the system all the more intelligent.

This project is being called Mind’s Eye, and its purview has been stated as the pursuit of ‘visual intelligence’. Various visual systems thus far designed have proven to be fairly good at object recognition but have yet to demonstrate recognition of action, nor have any systems been so designed as of yet. This move intuitively makes sense. After all, the world in which we live is not merely an aggregate of objects but is actually the interplay between those objects, which ultimately gives rise to context; something that computer scientists and philosophers alike consider epistemologically invaluable when it comes to understanding as humans regard it.

Action recognition is arguably the key for unlocking a whole new wave of intelligence development in humanly designed machines. If a system can be given the capacity for recognizing and tagging certain actions that fall within the view of its visual lens, then this seems tantamount to its being able to attribute reasons for a given action’s occurrence; and reason, of course, has been an enterprise that so far only humans (maybe animals to a lesser degree?) have been fortunate enough to enjoy. With the ability to reason about perceived motions, a system would be capable of constructing narratives on what is being perceived rather than simply treating it as a collection of static objects, and with the ability to infer based on context, the number of possible applications of such a system are as indefinite as they are troubling.

Nevertheless, the military’s purported first use of the Mind’s Eye project, if it succeeds, is to beef up aerial surveillance drones. If the product turns out to be reliable, it is likely to change the video surveillance paradigm in general, making that camera at the nearest 7-11 gas station much more intelligent. The implications of such a development would of course reach much further than mere security, and if machines prove capable of the slightest degree of contextual reasoning, the result would call for a philosophical restructuring of what we consider intelligence to be, and what the human place in the world is.
Looking for a meeting room projector? Get your best deal at RentOurProjectors.com.
Posted by jhamm at 10:30 PM No comments: 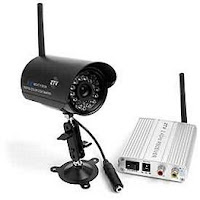 I'm sure it isn't a great surprise to anyone that wireless security cameras are far preferred over wired ones. In a world where nearly every single piece of technology created has a wireless version, it only makes sense that security cameras would follow suit. But why, you may ask, is wireless so much better than wired and why would it make any difference to me?

Reason #1: Presentation
Wireless security cameras provide much more aesthetic value than wired security cameras. What I'm saying is that you do not have to worry about wire length, wrapping wires around your home or business or making sure you have an easy access route for your wires to feed through. When you go wireless, you do not have to compromise on the effectiveness of your system. A wireless security camera system allows you to enjoy all the features of a wired system without all the hassles.

Reason #2: Accommodation
One problem many security camera installation companies deal with is accessibility. Installers can have the perfect setup for any business, but if the business or house doesn't have the right style to accommodate a security camera system, then there is nothing you or the installers can do. However, if you go with a wireless system, you do not have to worry about accommodating for wire length. Wireless cameras can be installed easily and can even be moved on a whim if you desire, something a wired system can't do.

It is easy to see all the benefits a wireless security camera system has over a wired one. A wireless security camera system offers many things a wired system cannot, including better presentation, accommodation and portability. In a world where everybody wants things to be faster and easier, it doesn't get much better than wireless. Whether it be your headphones, laptop, video game controller or security camera system, nothing beats the convenience of going wireless.
A nationwide Computer Rental is perfect for your company's next big trade show or training seminar. Rentacomputer.com offers computer rentals to over 1000 cities worldwide with local delivery.
Posted by zack duncan at 11:45 PM 2 comments: